Abortion with impunity and the Church: the debate in networks on the case of a pregnant girl after rape

The controversy over the termination of the pregnancy of a girl from 11 years abused by a man of 61 it has also been fought in the networks. Facebook mainly welcomes the Próvida, while Twitter is more supportive of abortion with impunity.

Abortion is a very controversial issue. In Bolivia, as in many other countries, is a taboo subject, that ignites confrontations and does not allow social debate on it as a public health issue.

It is estimated that in the country are carried out 50.000 to 60.000 abortions per year and that two women die every day from this, which is equivalent to 650 annual deaths. Of all abortions performed in Bolivia, between the 10 Y 50% of cases require medical attention for complications and may also lead to death.

However, abortion in Bolivia is criminalized. The Political Constitution of the State, in your article 263, holds that “whoever causes the death of a fetus in the womb or causes its premature expulsion, will be sanctioned: 1) With deprivation of liberty of two to six years, if the abortion is performed without the consent of the woman or if the woman is a minor of 16 years”.

For its part, the Penal Code provides for a penalty of one to three years’ imprisonment for pregnant women, and one to six years for the person performing the abortion. If a woman performs the procedure herself, you can only accuse her of consenting to the abortion. ​

However, it’s hard to get a legal abortion, even if the woman has been raped or is a minor; this despite the fact that there is a regulatory framework that decriminalizes it in certain circumstances.

The Article 266 of the Criminal Code of 1972 refers to unpunished abortion: “When the abortion was the result of a crime of rape, abduction not followed by marriage, statutory rape or incest, no penalty will be applied (…) Nor shall it be punishable if the abortion has been performed in order to avoid a danger to the life or health of the mother and if this danger could not be avoided by other means.”.

in 2014, Bolivia’s Constitutional Court Ruled Rape Victims Will Not Require Seeking Judicial Authorization, or initiate criminal proceedings to obtain a legal abortion. With the Judgment 0206/2014 limits were established so that there is no regression in relation to unpunished abortion.

With the reforms approved in December 2018 by the Senate during the government of Evo Morales the causes were amplified, according to the new legislation, nor will an abortion be criminalized when it is to prevent present or future risks to the life and integral health of pregnant women, malformations incompatible with life are detected, is the result of non-consensual assisted reproduction, of a rape or incest, and when it comes to girls and adolescents, or if they are in charge of older adults, with disability or other minors, or are students.

After the disapproval by a large part of the Bolivian population through massive protests, the new Penal System Code was repealed on 25 of January of 2018 through Law No.. 1027. Thus abrogating the new causes of abortion and maintaining those of the article 266 of the Law 10426 of the 23 August 1972.

According to the United Nations Population Fund, in Bolivia they are registered 10 hourly teen pregnancies, and high rates of sexual violence, compliance with this exceptional rule is very limited and conflicting.

The last weekend in Santa Cruz, a girl from 11 years she was raped and pregnant by a man of 61 years, voluntarily decided to undergo the legal termination of pregnancy.

The family accompanied her in that decision until despite a sentence that stipulated that the pregnancy could be stopped., the information jumped to the media with edges of scandal, and there was the intervention of the Catholic Church for an alleged defense of the two lives. Members of the Catholic Church contacted the family and the girl, entered the maternity ward and pressed until the mother backtracked and decided that the girl should continue with the pregnancy..

The child was discharged from hospital and was immediately taken into custody to a reception centre., where the gestation process will continue. Work has been offered to her mother and emotional support to the girl in this context. The Catholic Church affirms that “the blanket” in order to lead “a normal life”.

The country’s social networks were ignited with the debate for and against the determination assumed by the girl’s family.

The intervention of the Catholic Church to prevent compliance with what the law stipulates has caused deep controversy, as well as the attitude of the media that fed the morbidity with details of the case.

Some authorities and political figures, especially the MAS pronounced themselves deploring the intervention of the Church and demanding the fulfillment of the law; while the Episcopal Delegate for Health of the Catholic Church, Victor Hugo Valda, who also advises the victim’s family, assured that the promises of the Church to heal the girl with medical care will be fulfilled, psychological and above all with a lot of love. “Life has won, we thank the doctors who have fulfilled their Hippocratic oath.”, Expressed.

Following the social debate in this case has involved monitoring the two extremes in dispute of positions and the accounts that in social networks both have fed to position their points of view.

That is why, what has been done this time is the monitoring of the two main social networks where it was generated to detect the points of debate and rescue the predominant inclination in these positions.

The analysis was conducted between Friday 22 and Wednesday 27 October 2021. TrendsMap and Newship were used.

In this controversy it can be seen that the debate has spread throughout the country with some repercussions in foreign media..

However, the most striking thing is how this debate has been organized. Facebook has mainly embraced pro-life groups, who have formed groups and created hashtags in support of the Church and the position of preventing abortion of the girl from 11 years.

On the other hand, the debate critical of this position and in favour of enabling the termination of the pregnancy of the abused child, focused especially on Twitter, with several accounts and hashtags with this trend.

Debate in networks on the case of the girl

In favor of the termination of pregnancy: NON-MOTHER GIRLS 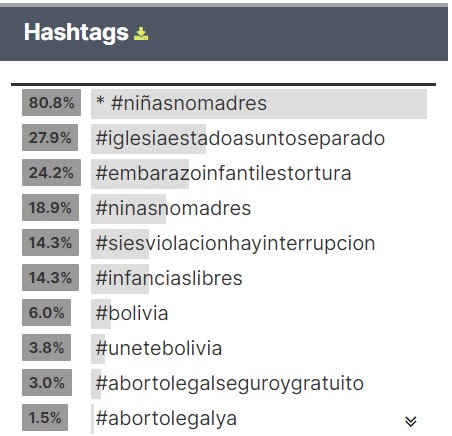 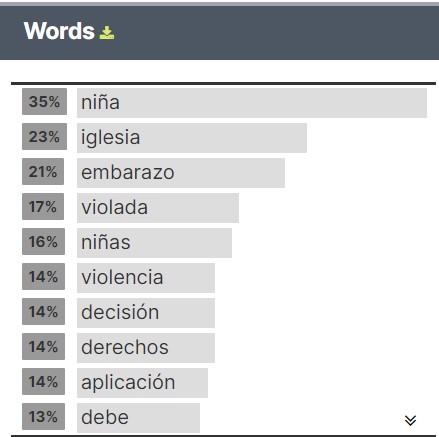 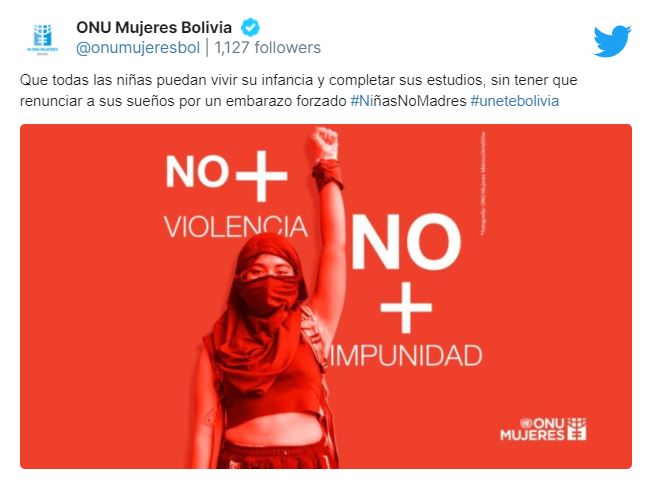 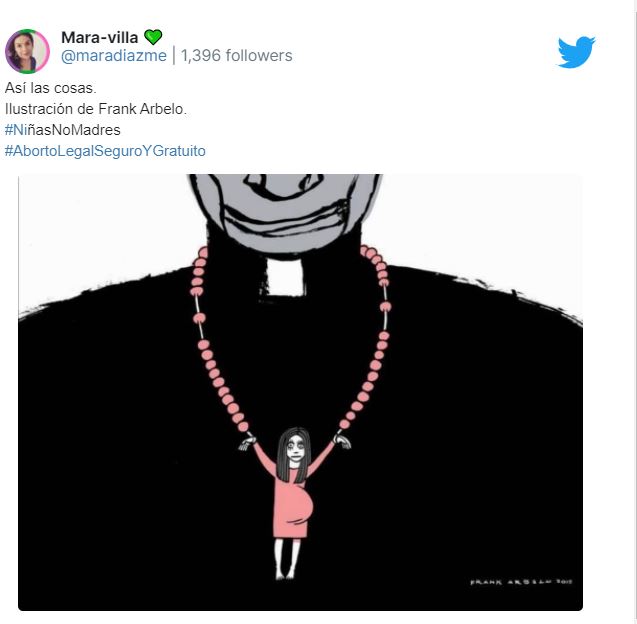 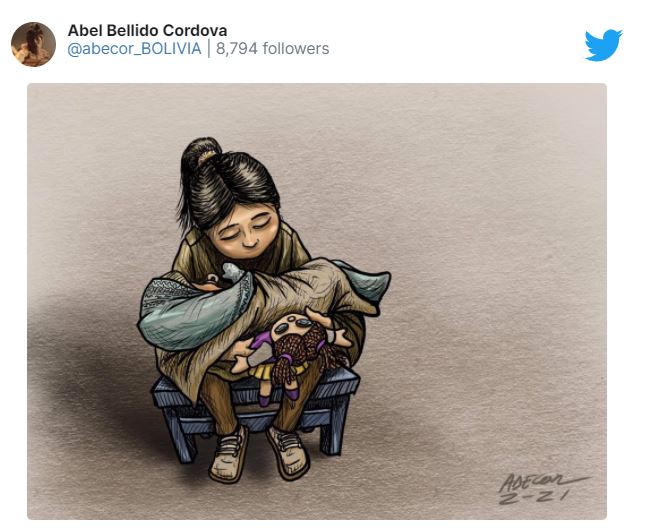 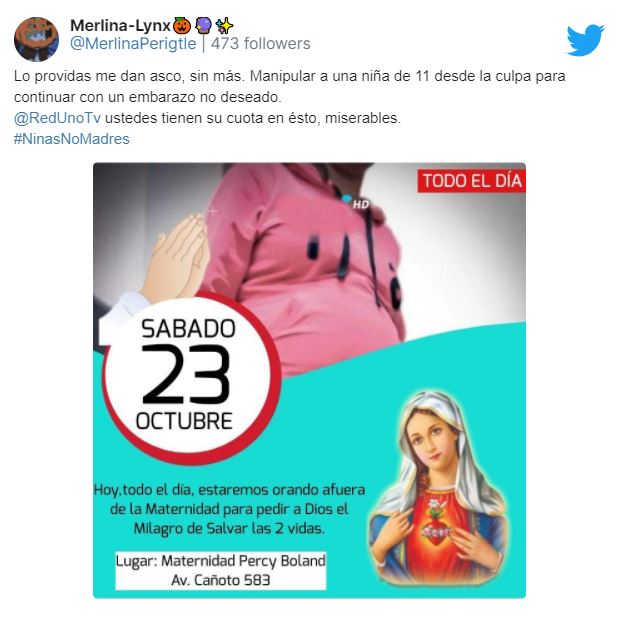 Against the termination of pregnancy: LET’S SAVE BOTH LIVES 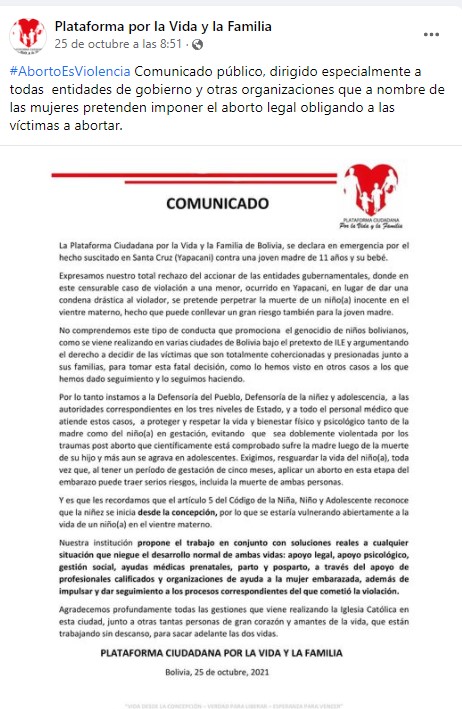 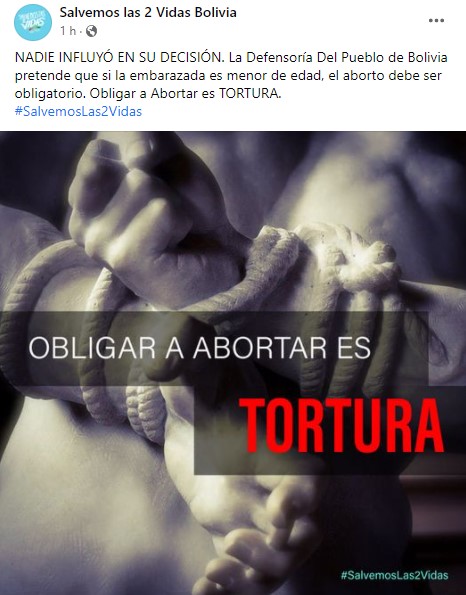 It is not surprising that in this case there are irreconcilable differences. As in many countries of the world, especially from the region, the imprint of the Catholic Church is very relevant and the social censorship to the discussion of these issues is evident.